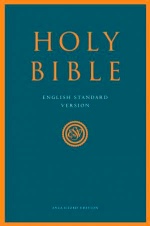 Great news for our readers from the UK (myself included!) is that Bible Gateway now provide the Anglicised
version of the ESV bible. This version is largely the same as the main ESV text, but adjusts the spelling of words to the UK rather than US variants. AThis is not a massive change of course, but it just makes reading a little more fluid for us Brits!

Here is an example of one passage which is changed for the ESV Anglicised version: